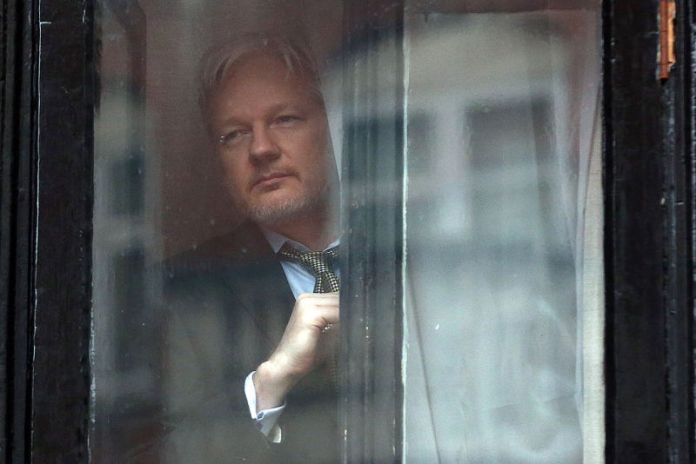 WikiLeaks announced via its Twitter account this morning that WikiLeaks founder Julian Assange’s Internet connection had been cut off, blaming a “state party” for the outage. Assange, who has been ensconced in the Ecuadorian embassy in London since he sought asylum there over four years ago to avoid extradition, has been “detained in absentia” by the Swedish government for questioning on allegations of rape. Other lesser allegations have been dropped because they have passed the time allowed by Sweden’s statute of limitations.Update: Wikileaks now reports that Ecuador cut off Assange’s internet access.